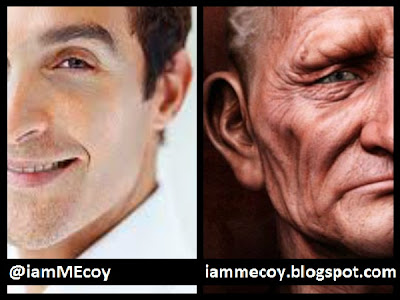 I know death isn't the greatest topic to discuss right? but sometimes I just can't help but to imagine what is it like to be dead well it's not that I would want to try it or what lol but there were just some point most often when im alone that Im having that thought.And from that I came up with a question that is really bothering which is better to Die young or to die old
I can say if smile is the universal language then death is the universal fear i mean duh?? who's isn't afraid to die but in my case aside of death I'm also afraid of growing old, being wrinkled, weak and a burden.Perhaps because of how i saw my grandmother suffered a lot or Maybe i don't wanna be left behind I mean it'll be devastating to see your love ones one by one die.So i thought I'd rather die young.But then to die young isn't  a good idea too. life has a lot to offer, you'll never be too old to enjoy life right?? and if I die young i'll be missing all of that.
you which do you think is better??

AllBlogToolsFacebook comments for blogger brought to you by AllBlogTools.com , Get Yours?
Posted by MEcoy at Monday, August 13, 2012
Email ThisBlogThis!Share to TwitterShare to FacebookShare to Pinterest
Labels: opinion, random